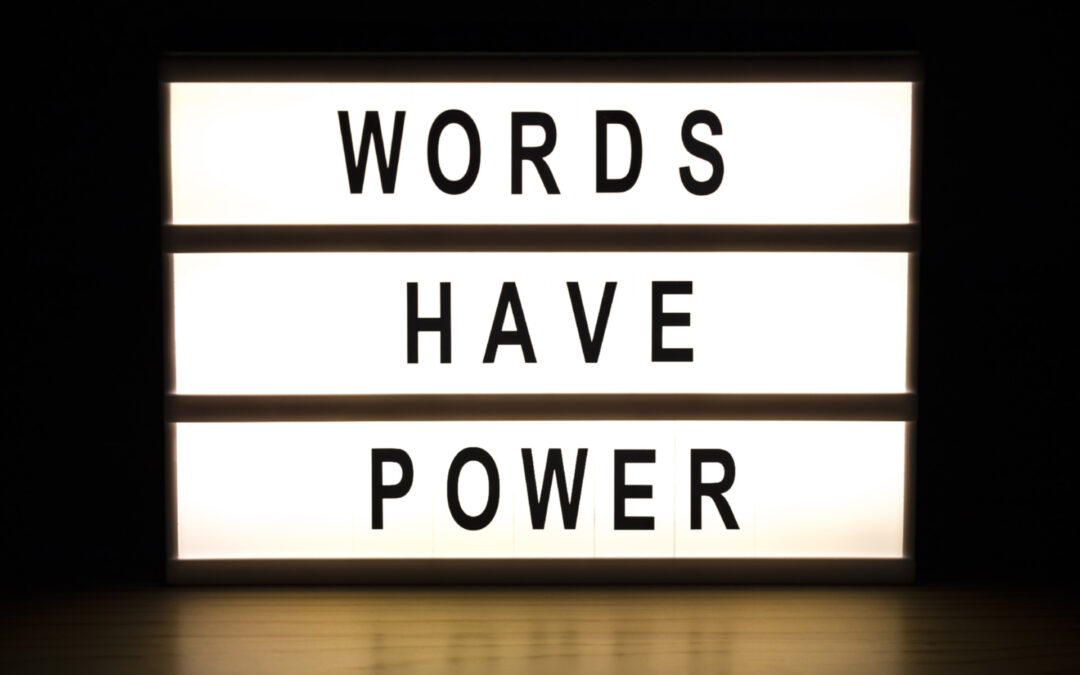 Most of us are products of the period of time in which we are born into. At least our language is. Today’s event planners have a whole new way of speaking compared to 20 years ago. Here are a few words we use now that meant something totally different in the past.

Imagine traveling back in time to 1985 and conversing with people on the street. You could tell them that the Terminator would one day be Governor of California and that the goofy guy on the TV show Facts of Life would one day “grow up” to be a Hollywood heartthrob. And if you said, “LOL” or “OMG” they would wonder what you meant.
Everyday language evolves, new words become a part of our lexicon while terms and phrases such as “Will you tape that for me?” (as in videotape) become obsolete. Industry and technical terms undergo the same metamorphosis. Today’s event planners use many words that were not heard of even a decade ago. If you stumble across a time traveler, you can give them this list of words we use now that had no meaning (or at least a very different one) before the year 2000.

Drones
Pre 2000, if people heard you referring to drones in the air that are focused on capturing the event from an aerial view that you plan on then uploading to your site, they may have looked at you a little strange. What is a drone? Now we use these unmanned aircraft for all sorts of crowd shots and special footage.

Streaming
Another word that would give people from twenty years ago pause. While they may have been able to decipher that streaming involved some kind of flow, they would never understand the ability we have today with video on demand and live-streaming events so that people on other continents could watch as if they were in the audience. Although the concept has been around for a few years now, technology behind streaming of video and WiFi speeds have increased to the point that often you can’t tell if something is being streamed or played back. There’s a lot less buffering today.

Virtual Concierge or Chat Bot
This concept is quickly becoming how we maximize our time and reach the largest number of attendees in the most effective manner possible, but only a few years ago someone would wonder what you were talking about. Now we all rely on at least one chat bot, be it Siri, Cortana, or Alexa in our daily lives and event planners have begun adopting similar technology or concierge apps for their events.

Fishbowl
Years ago this term may have referred to a glassed-in office in the middle of a building but today’s event planners use it to mean a room layout set up in the round to facilitate conversation involving the larger group and not just a presenter.

Projection Mapping
Another relatively new term that event planners use often, projection mapping creates the ideal customized look for an event through the use of 3D objects as a display surface. It also referred to as 3-D mapping and video projection mapping.

Webcast
Sounds vaguely like something an arachnid would do, but modern-day event planners know it to be the act of streaming a live event over the internet, which brings us to…

Virtual Attendees
The concept of being able to partake in a conference or meeting without actually being there used to be relegated to dialing in through a phone and hearing a lot of noise you didn’t quite understand. Today, we have entire conferences available to the world through virtual tickets where attendees can watch, learn and participate from the comfort of anywhere they have an internet connection.

Gluten-Free
Special dietary requirements are something event managers see more and more of in their food requests. But gluten intolerances are something we have only recently heard of. If you traveled back to the 90s and asked someone if the cake in front of you was gluten free, they’d have no idea what you were asking about.

Charging Station
No one from the 90s would ever understand the need for charging stations every few feet. Even those of us who may have had cell phones back in the early days knew that they could go days without charging them. But that was back before the phones were “smart.”

Engagement
Engagement used to have a very different connotation than it does to today’s event planner. In fact, it is employed so frequently in regards to the need to engage the audience, attendees, website visitors, and more that it is fast becoming meaningless like the word synergy. Still, the concept is critical to event success.

Reach
Many event planners are starting to get into the data of their events at the same time that clients are becoming more data savvy. Reach is a big interest in deciding what audiences you’re hitting and how your event information is being shared. If a handful of years ago you asked about your reach in a planning meeting, people would’ve naturally looked at what was in the near vicinity of your arms.

Selfie
There is a whole language that has been adopted due to social media and verbs involved with posting to these sites, but selfies transcend platforms. Picture taking opportunities are important at events and people no longer wait around awkwardly until they find someone who looks trustworthy enough to hold their camera and take a picture of them. Now if you want a shot of yourself in front of the event banner, you take it. Even presenters are doing selfies of themselves with the attendees.

Do you ever stop to think how often the terms we use as part of our daily routine have only been around for a short time? It’s amazing how our language has changed. Watch kids playing tag on a playground and instead of yelling time-out, they use “pause the game.” They also say “versed” when talking about who they competed against, even if it was in a foot race.
These changes spring directly from our daily use of technology and are hardly understandable to people who haven’t experienced the 21st century. What would you add to this list?